In the morning I was a tourist and visited Bodmin Jail which is an 18th century prison in the middle of town. It was interesting seeing the crimes that landed people in the prison and some of the punishments they received. One of the punishments while in prison was the Bodmin Tread wheel (human hamster wheel) on which 26 prisoners who were separated from each other by wood partitions so they couldn’t communicate were forced to drive a big wheel by climbing steps all day. The original wheel wasn’t for any purpose other than punishing prisoners.

I then did my laundry, which pretty much consisted of tipping the whole contents on my pack into the washing machine. Laundry was competed just in time to go to The Weavers pub to see Liverpool vs West Bromwich Albion. Game was looking good with Liverpool leading 2 – nil when I left to catch a bus to the coast, only to find out West Brom (Boing Boing) scored 2 goals in last 10 minutes for a 2 all draw. 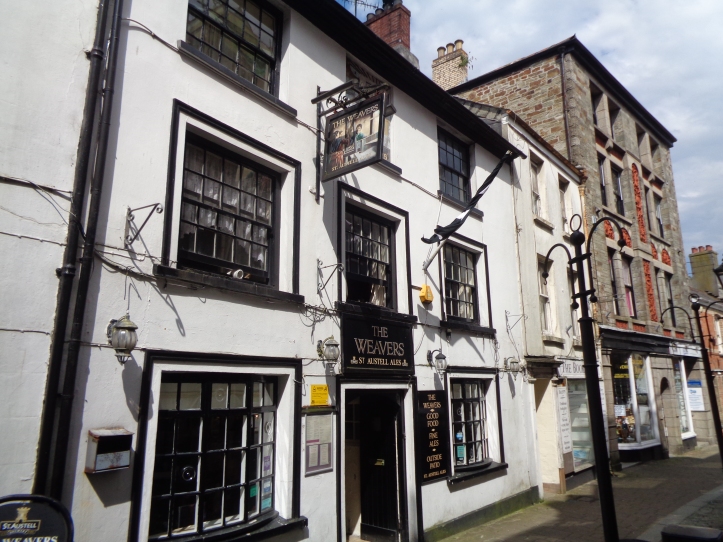 My trip to Constantine beach was to visit Claire, who is a friend who used to live in Sydney and now lives on the Cornish coast. Claire runs a holiday let business and a beach car park which she operates from a little caravan. While waiting to close the carpark, Claire and I had Pimm’s on her deck (Claire said this was her first Pimm’s of the season). 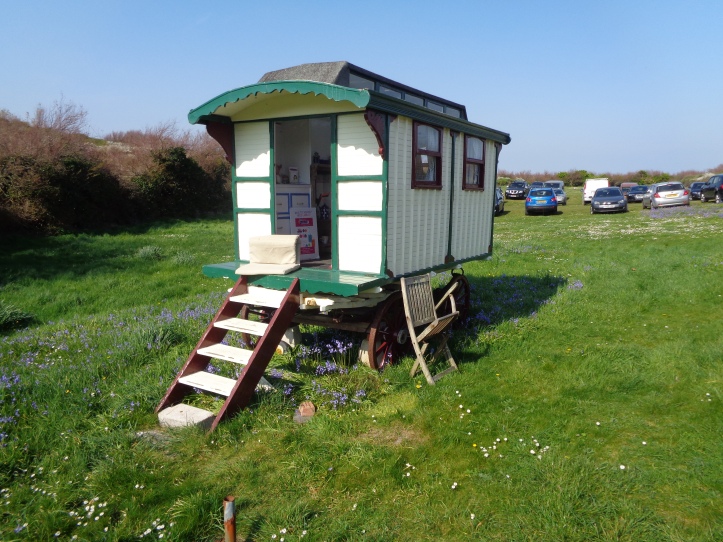 Constantine beach is a nice sandy surf beach. I dipped my toes in the sea while walking down the beach and water was freezing, so the only way I would be swimming here is in a heated pool.

Claire took me on a walk along the beach and cliffs to the next Bay (Treyarnon Bay) where we visited the local Youth Hostel which also served as local café/bar where we had a beer with a view. After that Claire drove us to Padstow for dinner and to visits a few pubs. 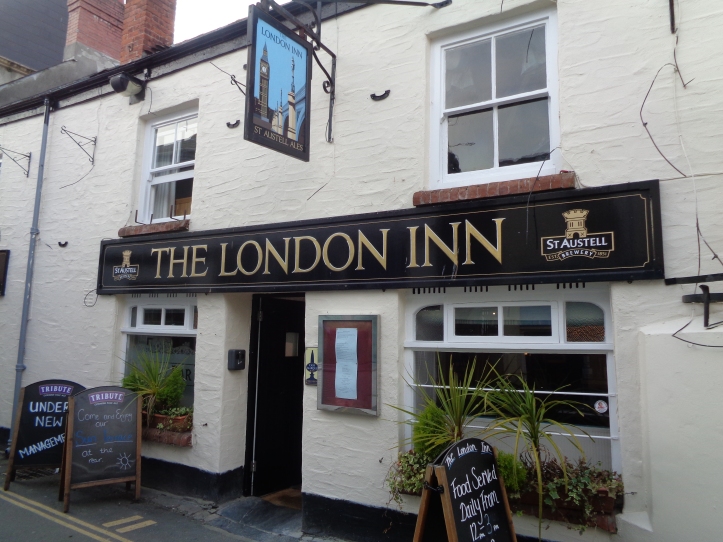 Last beer of the day at The Golden Lion

My first rest day was great as I got to catch up with a friend, plan/review maps for the next few days walking and I was also able to get the km’s per pint measure to a more respectable number