The start of today’s walk was along the Taunton – Bridgwater canal path, so a nice easy walk for the first couple of hours. On the canal I passed a couple of World War Two pillbox’s. One pillbox was what I expected a pillbox to look like however the other was very unusual. A sign advised that in the 1940’s an alehouse called the White Lion was on the site and the pillbox was actually built inside the alehouse as part of Britain’s defence against any attack. The alehouse is no longer, but the pillbox remains.

Today’s walking is on the Somerset Levels which is an area where the landscape is very flat and subject to flooding. The area is covered by flood defences, sluice gates and drains criss-crossing the landscape. After turning off the Taunton – Bridgwater canal to follow the River Tone, the walking got more difficult as I started to walk through paddocks with grass 1 and 2 feet high and there were gates every 50 to 100 metres, so couldn’t really get into any rhythm as I had to keep stopping to open/close gates.

Burrowbridge and King Alfred pub was my lunch stop for the day. Sunday (and sometimes Saturday) are the only day when pubs are open all day and don’t shut between 3pm and 6pm. They also tend to do food all day on Sunday, so I don’t have to rush to get somewhere by 2pm. As it was Sunday, the menu was roasts and I had pork roast, Yorkshire pudding and all they even put the vegetables on a separate tray and they can’t fit it on the plate. 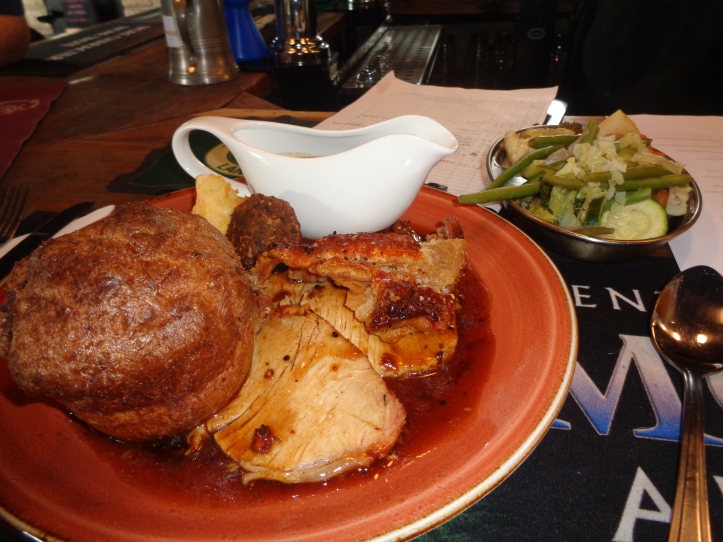 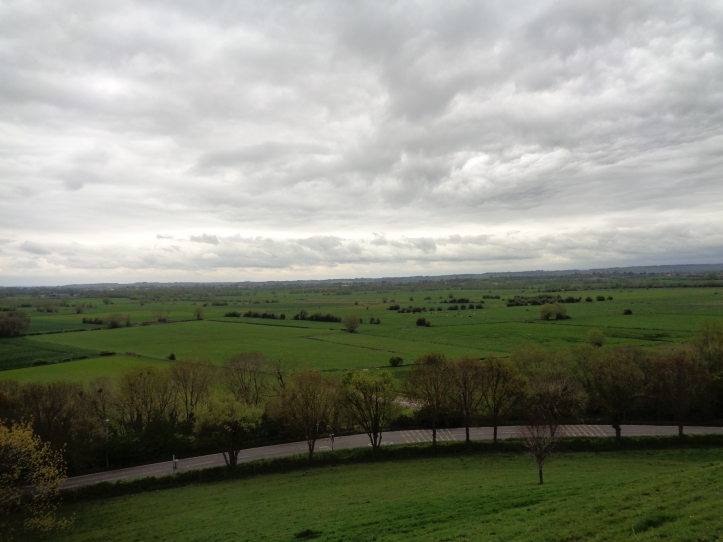 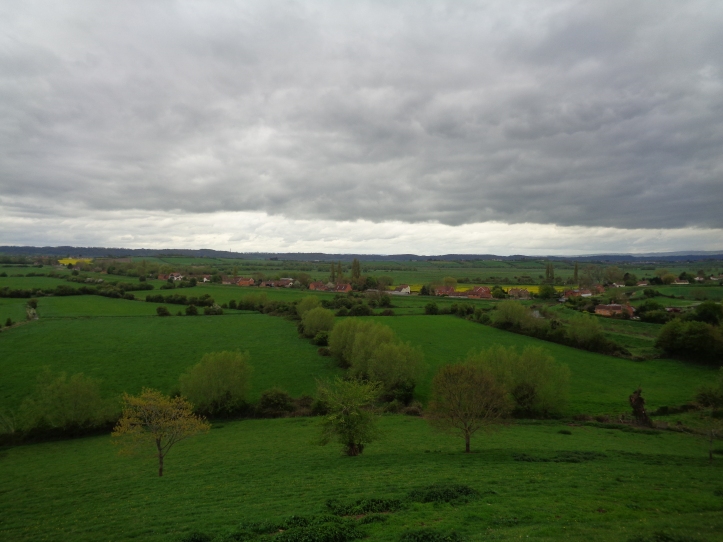 In the afternoon it was mainly walking along the King’s Sedgemoor Drain to cross the moor as only alternative was a busy A Road. I was walking along the drain from the main road and cows on the other side of the drain keep following me. About half way the drain along I heard shouting and it was a farmer in his tractor trying to get his herd on the other side of the drain to come back to where he was giving them feed next to the main road.

I arrived in Street about 6:30pm after once again under stating the km’s I was going to walk for the day. I think my planned km’s are understated in some of the days by 10% to 20%, so I will need to do a bit of a sanity check on some of the km’s.

Street was established by the Quakers and is the headquarters of Clarks shoe company. Many of us had to wear Clarks shoes to school (Treks & Nomads). 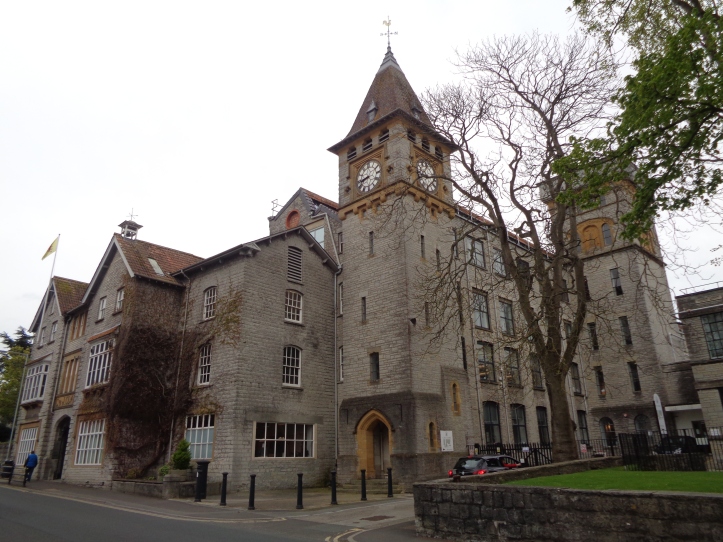 They no longer manufacture shoes in town, but the old factory has been converted to Clarks Village which is a factory outlet mall.  The town also has a Shoe Museum, but I will give that a miss as shoes aren’t my thing.