Weather: Sun with a couple of minor showers

Last night when planning todays route, the lack of options beside walking the roads became very apparent, so I wasn’t looking forward todays walk. I also knew from reviewing the Ordinance Survey Map that the start of the journey would be walking up the Mendip Hills. I have also combined two days from my planned schedule into one to get me another day ahead of schedule.

The day started late as I slept in until 7am (9 hours sleep) as the hotel beds were the most comfortable I have stayed in so far. Went down for breakfast and was disappointed by the cooked breakfast as most of it was just microwaved, so didn’t eat much of it and filled up on cereal instead and got ready to meet the day.

The day couldn’t have started any better as I walked out of the hotel to be greeted by the sunshine. I also saw the following greeting card in a shop window which put a smile on my face. 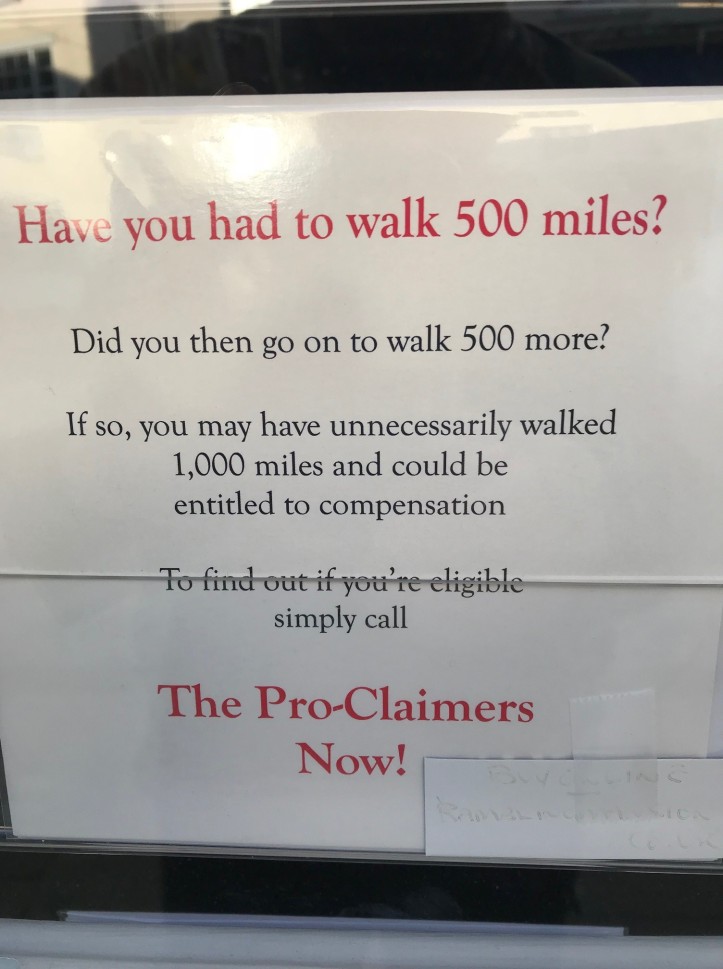 I walked up the road to find my next bit of good luck with the Old Bristol Road closed to traffic which was a bonus for me as it meant the first 5kms walking meant not having to worry about cars. With the sun shining and no cars, the walk up the Mendip Hills passed quite quickly.

Photos from top of one of the hills where I was probbaly having a break trying to get my breathe back. 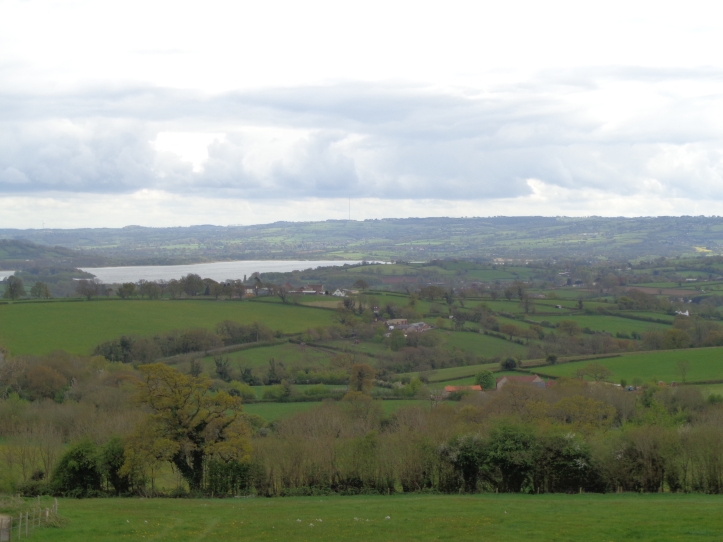 After walking down, a long decline, I stopped at the village of Chew Stoke and had lunch at the Stoke Inn. Chew Stoke obviously has an issue with flooding if this sign is anything to go on. 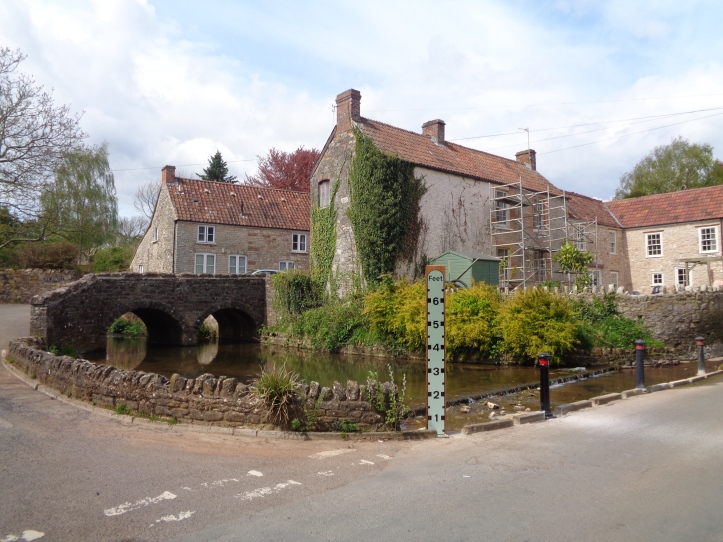 The remainder of the day was walking along the road and then going up and down a large hill outside Bristol. Bristol is the first city I have been in for a couple of weeks and took 6km walking to get from edge of Bristol to my hotel near the city. 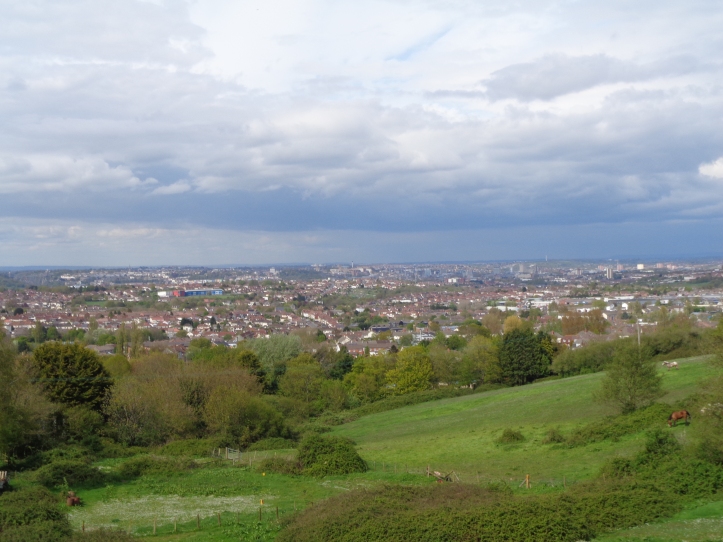 The body is holding up remarkably well (touch wood) after the first couple of weeks. No blisters since the first 2 days and the only issue is sore lower leg muscles which the spiky massage ball is doing its work on each night. I drank all the magical healing water from Glastonbury yesterday so now future healing will be left to standard medical treatments: spiky massage ball, anti-inflammatory tablet/creams & magical Jim beam, magical beer.