Day 46 – Haltwhistle to Newcastle upon Tyne (The Toon)

Haltwhistle to Newcastle upon Tyne

I’m a few days behind in uploading my daily updates as I have had very limited access to Wi-Fi for the last few days.

Before I left Haltwhistle today, I threw away my first set of boots as there was hardly any tread left on them and they were starting to come apart. It was lucky that I had already had a second pair that I collected in Manchester last week. I am worried that my second pair may not last the rest of my trip, so I will look a buying another pair in Glasgow in a couple of weeks.

I’m off to the ‘Toon’ today for a rest day. I have a small walk from Haltwhistle to Bardon Mills to catch a train to Newcastle. I have been warned that Thursday is called ‘Thirsty Thursday’ in the Toon so there should be plenty going on.

After checking into my hotel, I headed off to St James Park (home of Newcastle United Football Club) which is just next to the city centre. After walking around the stadium and taking a few photos including the statutes for Alan Shearer and Sir Bobby Robson, I decided to go the pub next to the stadium. 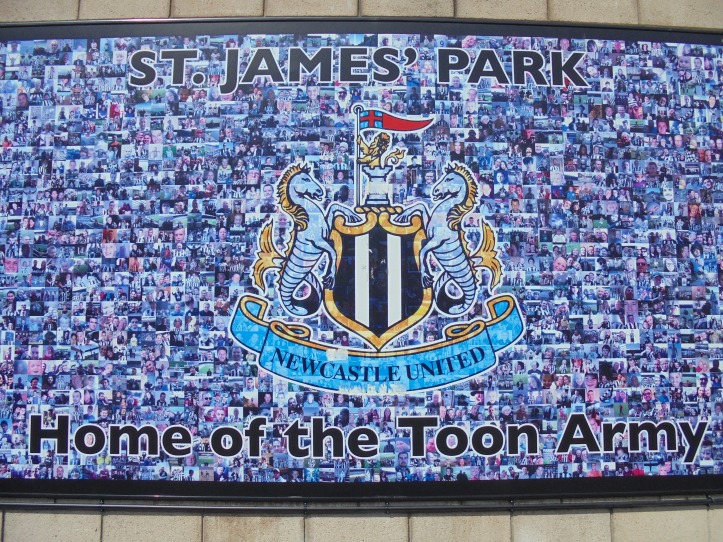 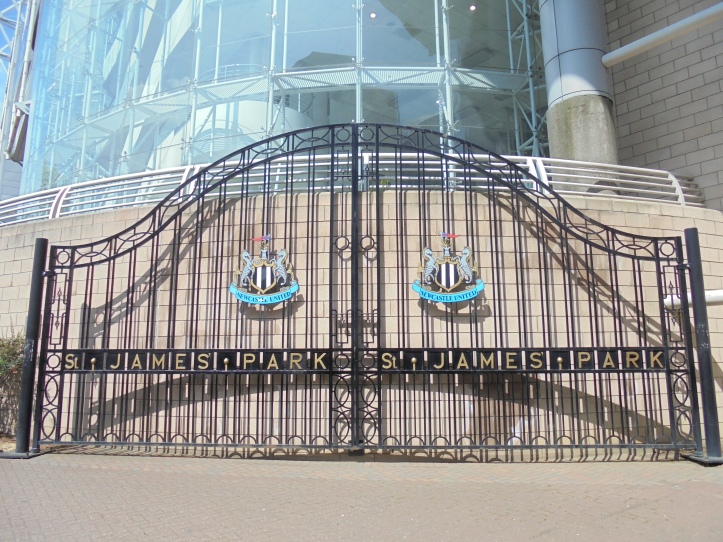 The pub was called the Strawberry and was full of Newcastle memorabilia. I loved the pub sign which is a Newcastle United Jersey with a Strawberry in the middle. 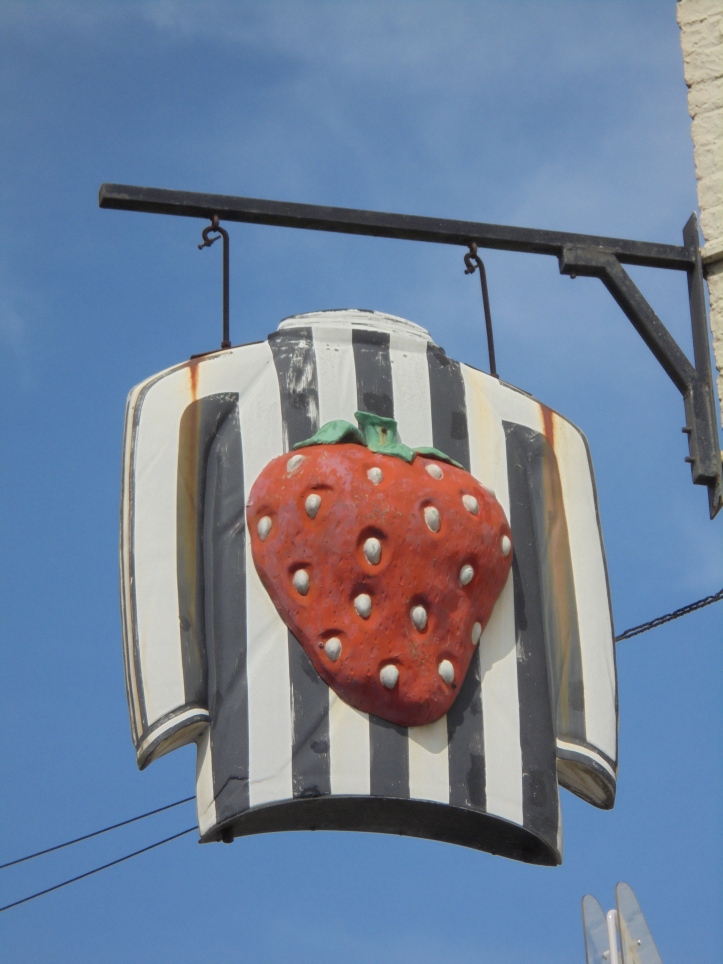 I caught a bus to see the famous Angel of the North. The Angel is: 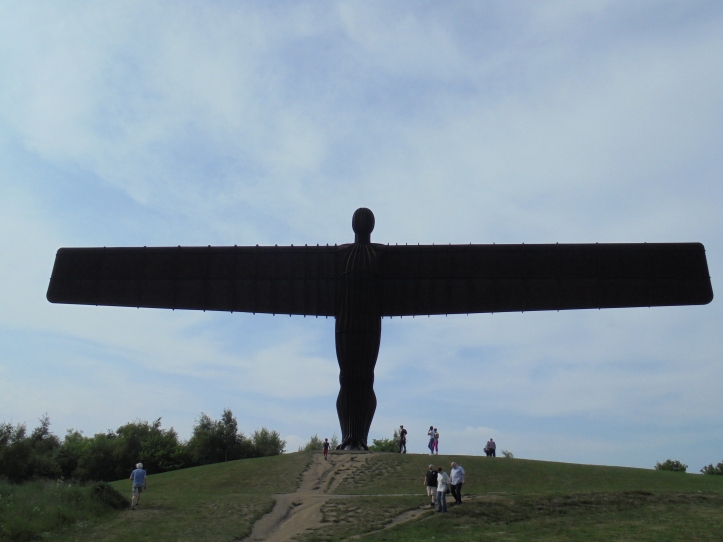 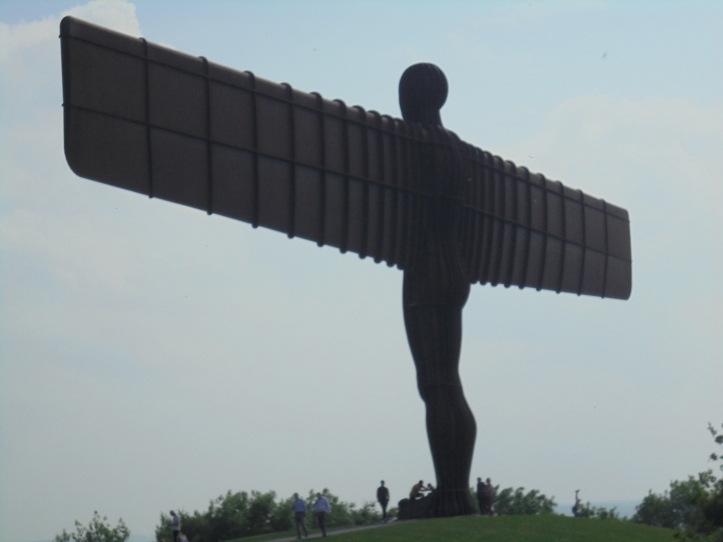 On the bus back, I got off in Gateshead, so I could walk across the Tyne Bridge and take some photos along the river 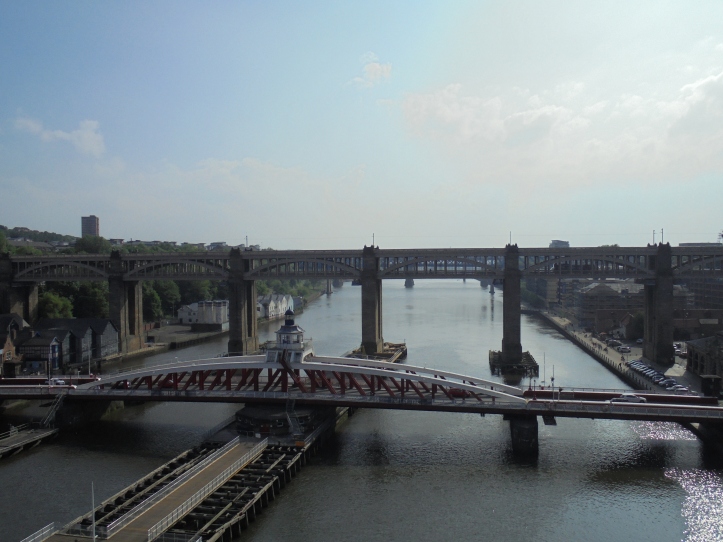 I stopped at the Crown Posada pub which is the second oldest in Newcastle. It’s was very relaxed pub (old man’s pub?) and the bar staff had a record player on the bar that they kept changing and most of the music being played was from the 70’s.

I was only going in for one beer and when I ordered my beer, the barman said to me that I had a bit of an accent and didn’t sound like I was from Sunderland. He asked what I was doing in Newcastle and when I said, he had to tell everyone else in the pub. Tony and Denis were a couple of tradesman sitting next to me and they decided that they would buy me a beer for my journey. One beer turned into multiple beers as after they brought me beers, I brought a round and then we repeated the exercise.

There we both great blokes and I had a fun afternoon/evening. Trust me to end up drinking in Newcastle with an Irishman (Denis) and Welshman (Tony) and no Geordies. When I left the pub to try and find somewhere to eat, I was a bit unsteady on my feet.

Photo from pub: Chris the barman, Tony, Denis and me. I think this photo may have been after we might had had a couple. 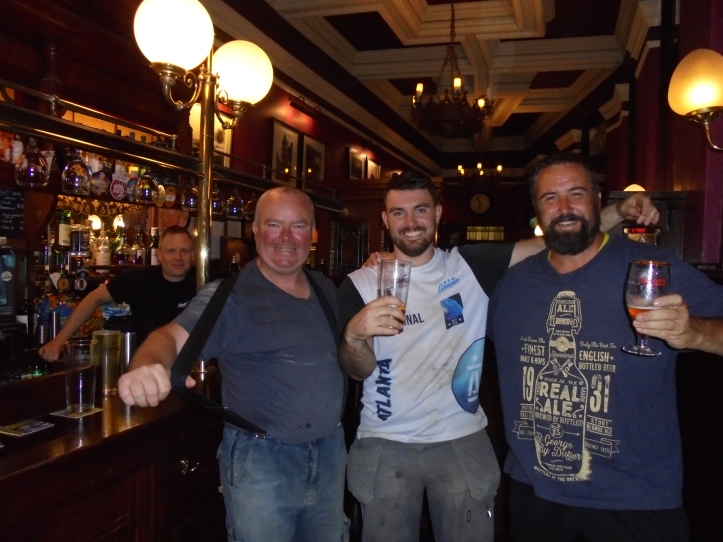 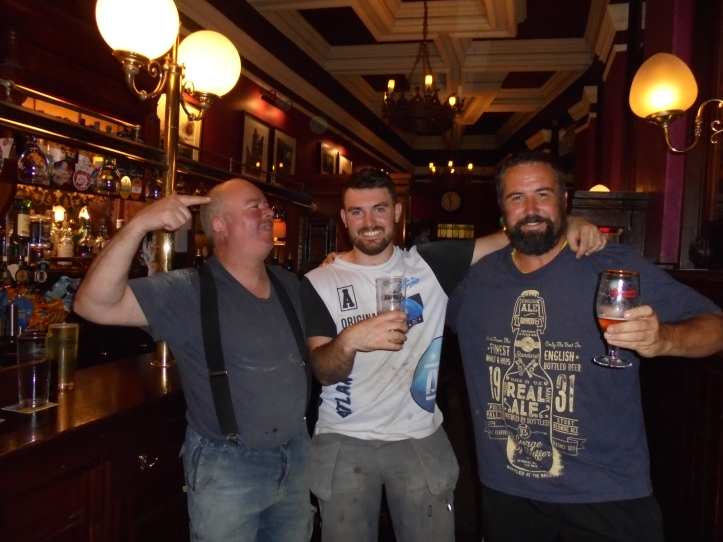 I did manage to get a few photos on my walk along the river and the Sage Gateshead (cultural/convert centre) is the unusual building in the last photo. 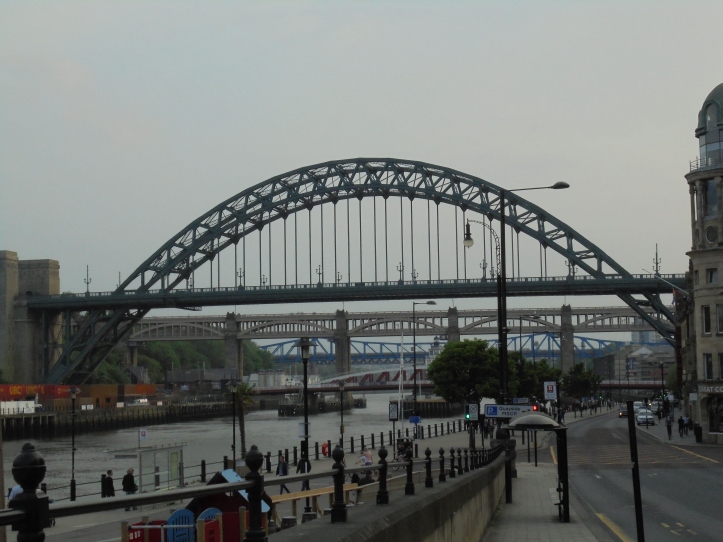 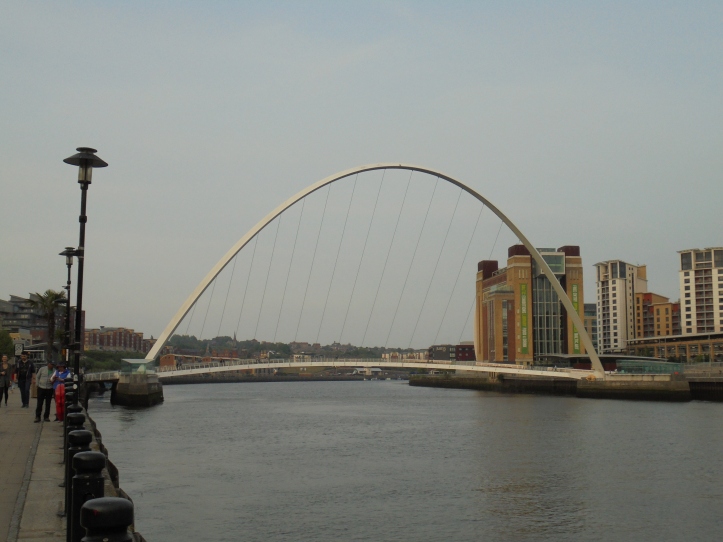