The start of today’s route follows the path of an old railway line. Invergarry station was the start of the walk and currently underway is the “station project” which is rebuilding the station and establishing a railway museum on the site. At the station they have started relaying railway tracks and there was an old engine and some wagons. 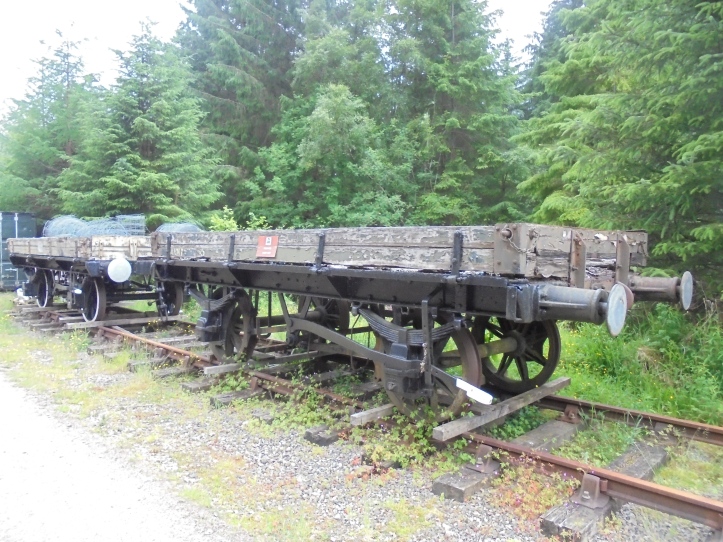 Further along the pathway is an old railway tunnel.

Oich Bridge (with Steve posing on it) is a double-cantilevered bridge built in 1854 which is now just for pedestrian traffic. 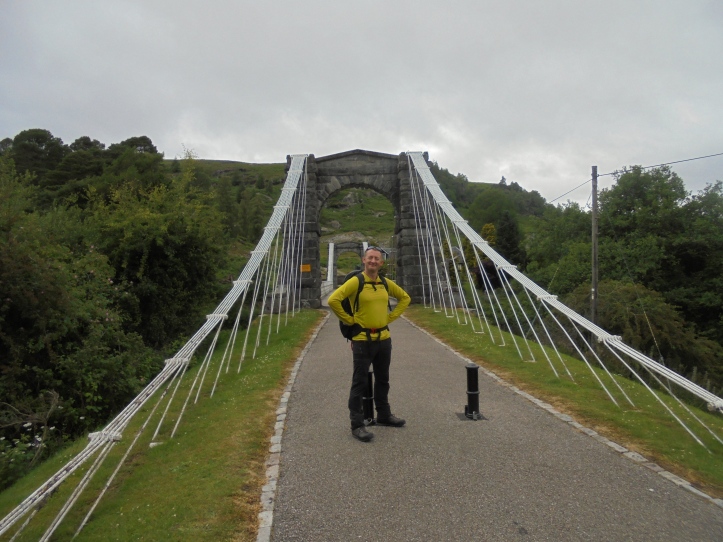 We stopped at Fort Augustus for lunch at the Lock Inn. Lunch today was Haddock and chips washed down with a couple of pints and banana split for dessert. We had trouble getting motivated to leave the pub and continue the walk, but properly fuelled we managed to continue our journey to Loch Ness. 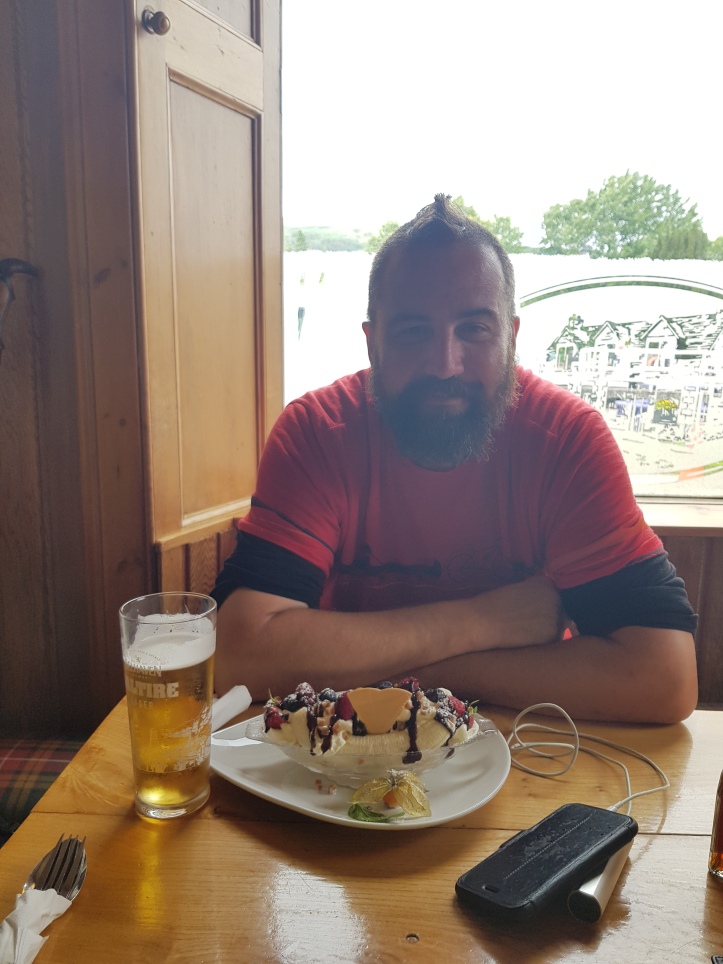 As we started our climb leaving Fort Augustus, a park bench offered the opportunity to “rest your bahookie”. 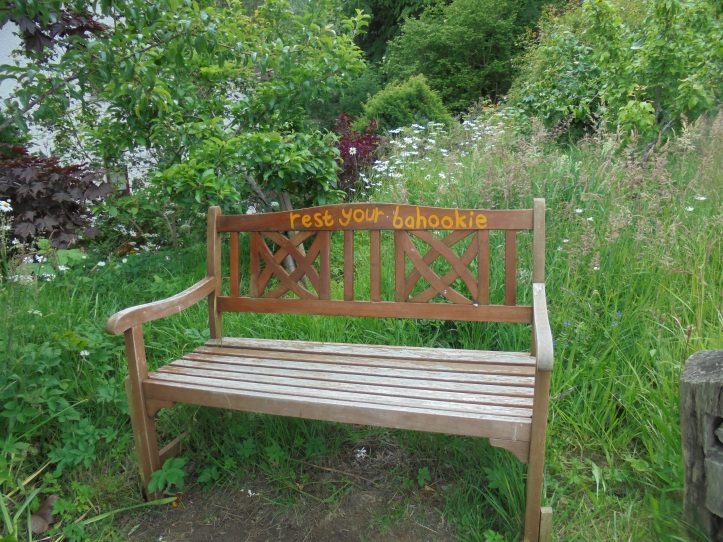 The path took us through forestry paths and during the walk we got some good views of Loch Ness (but no views of Nessie).

Old bridge on way into invermoriston

At Invermoriston, our accommodation for the night was a three-bedroom cottage that we had rented. What we didn’t realise until we arrived was that you were only meant to use one bedroom when 2 people had booked and when we arrived the lady advised that she had closed the other rooms and left me a Steve the room with 2 single beds in it. There was no chance we were sharing single bed rooms, so we opened and used the second bedroom and then Steve remade the bed in the morning, so owner had no idea we had used it.

We went to the Glenmoriston Arms hotel for dinner, but no duels happened tonight as all the weapons were bolted to the walls.