My route today was along the Gloucester to Sharpness Canal. After a short walk from Berkeley via the road and then through Sharpness Port, I arrived at Sharpness Marina and the start of the canal. The route initially is along a narrow strip of land between the canal and the River Severn and I would follow the canal all day as it would take me straight into the centre of Gloucester.

Along the canal, I met Kerry & Gillian from Canal & River Trust who were promoting the canal system and talking to people using the canal. 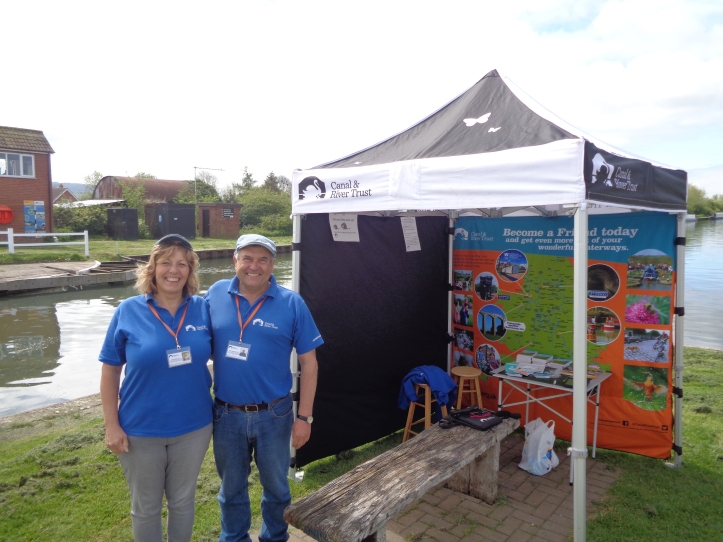 With the sun shining and the canal path relatively straight, it was a nice relaxed day walking. There were lots of fisherman on the banks of the canal and the setups and amount of equipment that they have is quite impressive and some even had trolleys to move all the gear they had. I stopped and talked to one of the fisherman who turned out to be a Spurs supporter, so in the end conversation went from fishing to football. He hadn’t had any luck yet that day, but said they mainly catch Bream and Perch and it is all catch and release.

Most of the canal traffic are small boats, however the following large sailing boat was being towed up the canal by a tug.

The canal has lots of bridges and each one had a bridge master who opens and closes the bridges as required. Next to each bridge was a cottage with columns on the front, so I stopped and talked to one bridge master regarding these houses. He advised that they Bridge Master cottages and they were built by the canal when the rail started, and it was to try and make the canal competitive with the rail system, by making the canal operational 24 hours a day. The living quarters were upstairs and stable downstairs. He said the columns out the front are just wood and only for decoration. 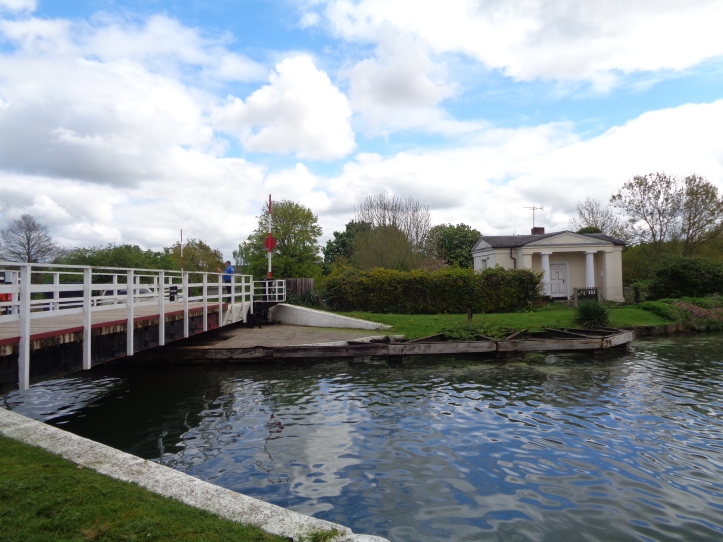 This was the best named canal boat that I saw. No sign of Del Boy or Rodney.

I was a couple of days too early for the World El-Ver eating contest. I had to google El-Vers and found they are eels, so I will give this contest a miss.

There were lots going on at some of the canal bridges with cafes and at one there were some men running model boats up and down the canal. The models were very large, extremely detailed and they moved very quickly as they operated on the canal.

Along the path I came across a swan sitting just on the side of the path and further along was a nesting swan. I gave the swan as wider berth as I could as I passed and took a photo after I had passed, 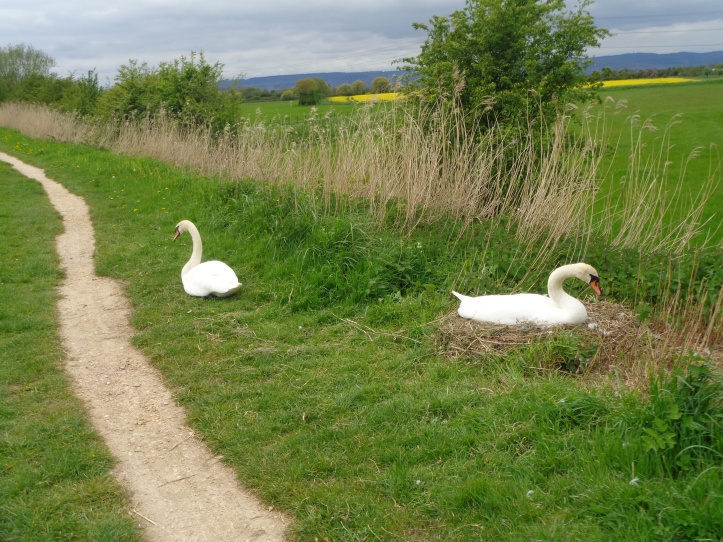 I hadn’t seen any pubs on the side of the canal and late in my walk I sighted the Pilot Inn on the other side of the canal and thought it would be a good place to stop for a rest and a beer, only to find that the bridge on the canal was closed so I had no way to get to the pub. After that I decided that today was supposed to be a non-drinking day. 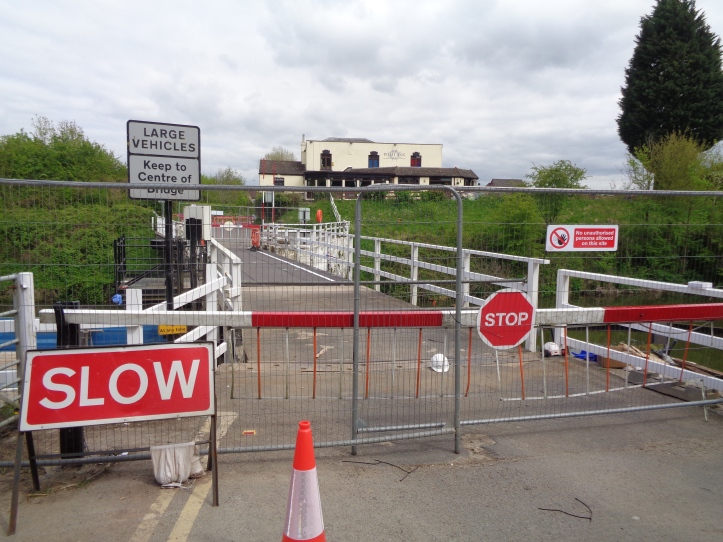