Along the Staffordshire & Worcestershire canal, I met Jason who was fixing up his canal boat. We had a chat and I thought I would be cheeky and ask if I could have a look inside and Jason proceeded to give me the grand tour and history of the boat. The boat is called the HF Truman and was originally funded by the lottery commission and was used to take troubled kids on canal holidays. Jason purchased the boat off a mate and was renovating the boat. Ryan was with Jason on the boat but didn’t want to be in photographs. 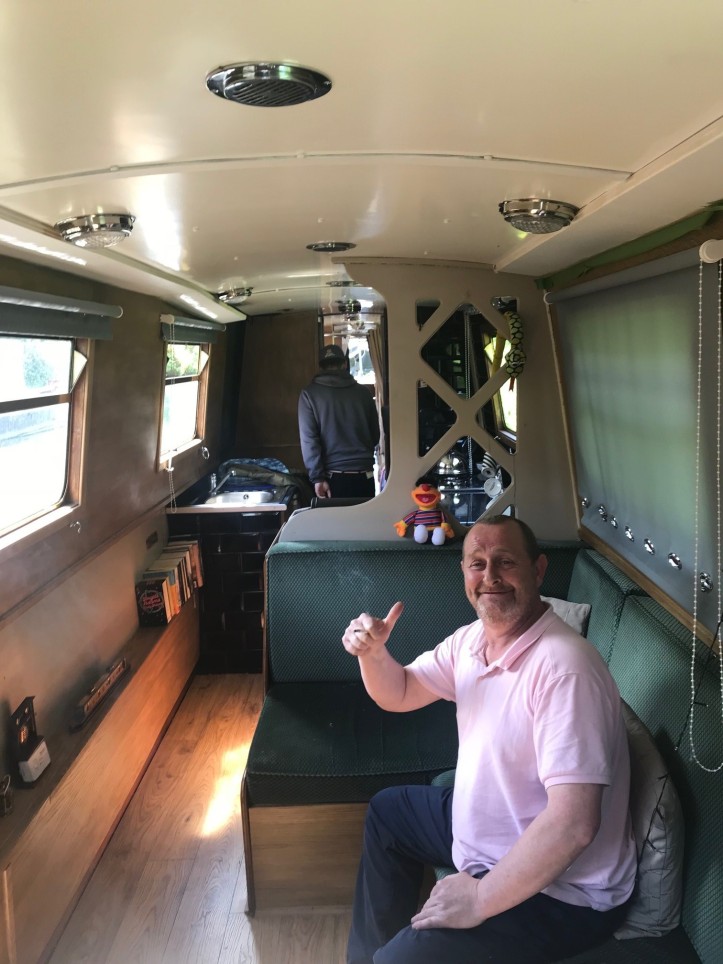 The boat sleeps 8 people and is 70 feet long which is the longest a canal boat can be. Boat has solar panels for power generation, gas for cooking and a wood fire pot belly for heating. I loved the blankets on the beds and it has been a long time since I have seen bed covers like them.

The main issue I had with the boat was bending down to get through a four-foot hatch into the boat, however once inside I could stand up carefully. Once inside the boat, it was very spacious, and I could easily see one or two people living quite easily on the boat. Jason said where they were it was 1500 pounds per year for a permanent mooring. I told Jason that I was going to stop at Penkridge for a beer and lunch and he told me that the Cross Keys had the best pint and was the place to stop.

I had to take a photo of these two dogs in their life jackets (as they were the first I had seen in them). Their owners said that the dogs could fall into the canal just as easily as them and the dogs had on many occasions jumped into the canal, so that’s why they were in life jackets. 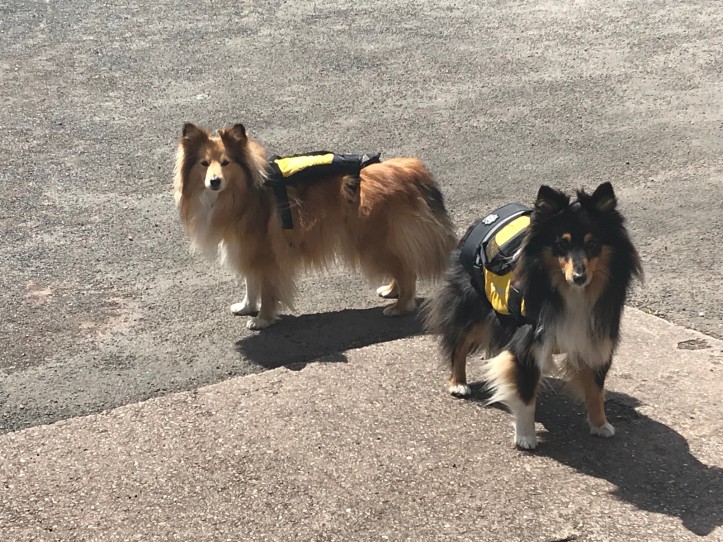 As this was a short walking day, the sun was shining and Jason’s advice, I stopped at the Cross Keys for lunch and a couple of pints. Based on previous experience, I decided that 2 pints was the right amount at lunch before commencing walking, however today I didn’t follow my own advice and had 4 pints in the 2 Penkridge pubs before recommencing walking.

It was lucky that my hotel was only 4 kms from Penkridge, so I managed to make the walk without falling into the canal.

I got into Acton Trussell and this was the first thing I saw as I crossed the bridge into the village. They obviously have an issue with amorous teenagers or adults in this village. 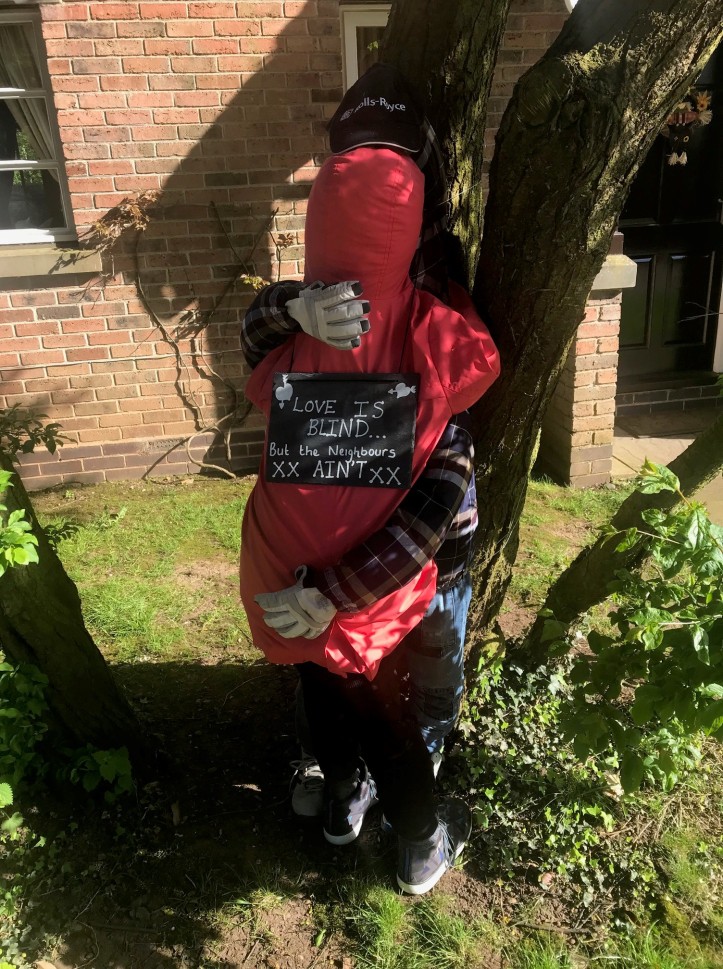