I am following the John O’Groats trail for majority of today as it keeps me off the A9 for a large portion of the day.

The route today starts by walking straight through the Royal Dornoch Golf Club and following a path to the beach. It was nice to be able to walk along the sandy beach for the start of the walk.

After leaving the beach, I joined an old railway line. The line took me past an impressive looking property, later an old signal house and then through lots of gorse bushes. 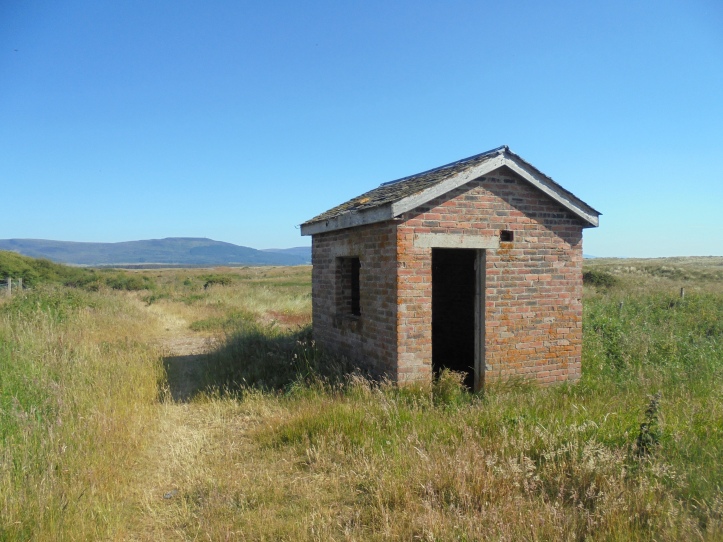 Further on down the track I moved onto farm land and came across the following hairy beast on the path. I don’t normally worry about farm animals on the path, but when you have horns like these I tend to give you the right of way, 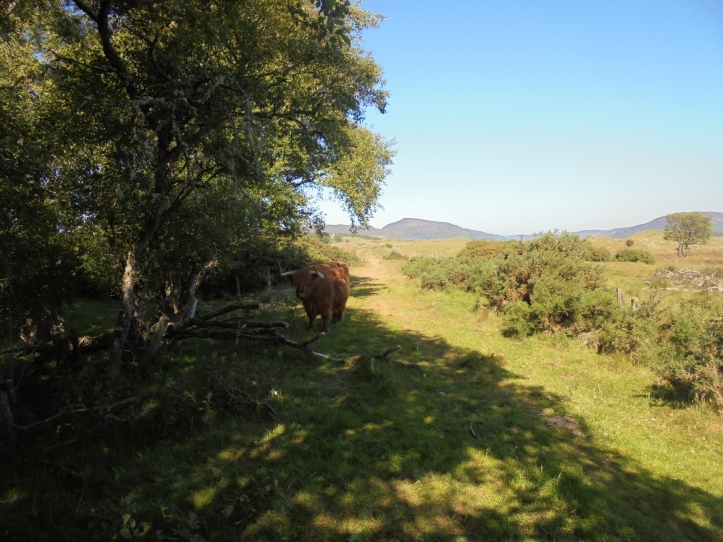 The trail then took me past the ruins of Skelbo Castle and then alongside Loch Fleet. 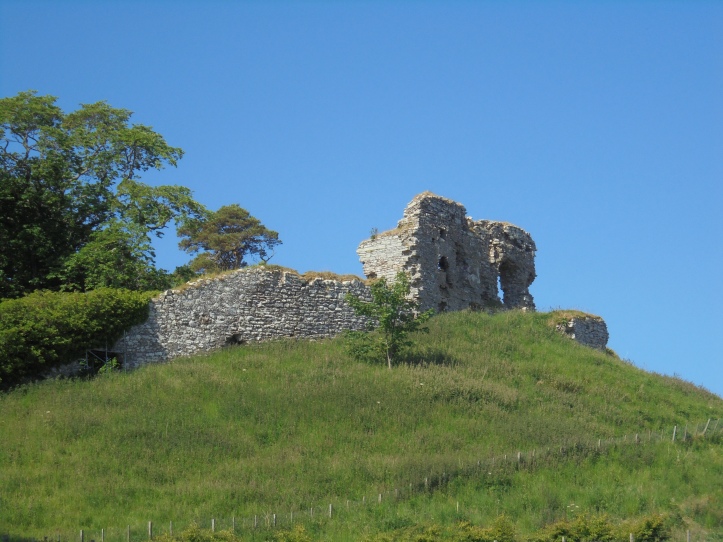 It was then time to join the A9 for 4 miles until I arrived in Glospie for my lunch stop. On the way out of Glospie the following street had the following buildings side by side.

After crossing a small footbridge over a ford at the end of the street, The Tower Lodge appeared. As I was crossing the bridge a Roe Deer ran out and took off into the bushes.

The track then took me along the shoreline and after a short walk Dunrobin Castle came into view. The castle is the biggest in the highlands, has 189 rooms and is the ancestral home of the Earls and Dukes of Sutherland. The view you get from the shoreline is very impressive. The shoreline photo was taken in front of the castle. 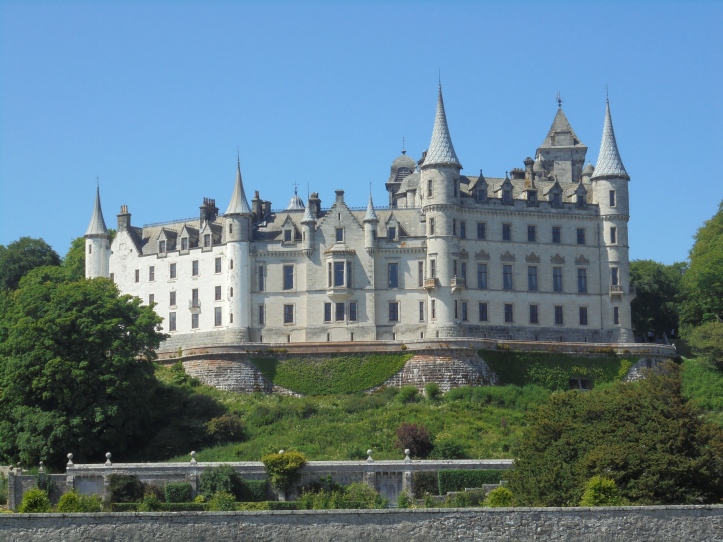 The ruins of Carn Liath Broch (stone roundhouse) which dates back over 2000 years were on the hill above the path and I took a slight detour to visit them. 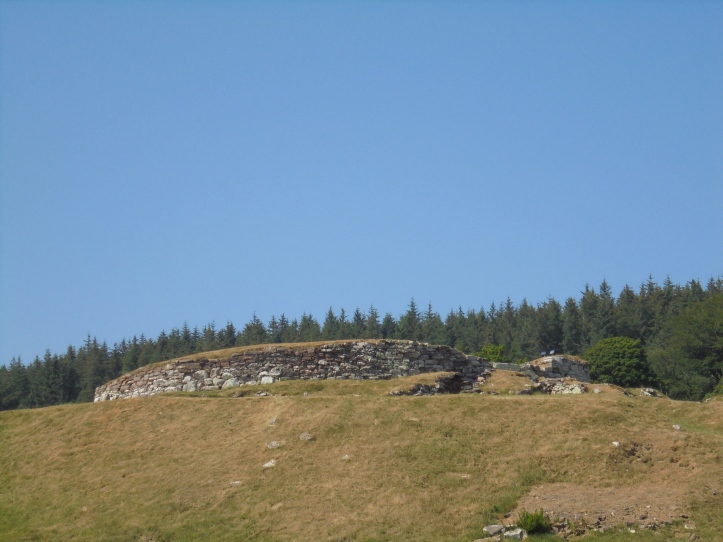 The rest of my walk today was walking along the shore which alternated between sand, pebbles and rocks. I was the only person on the beach as I walked along, however I came across a herd of cows and seals resting/sun bathing on the rocks. 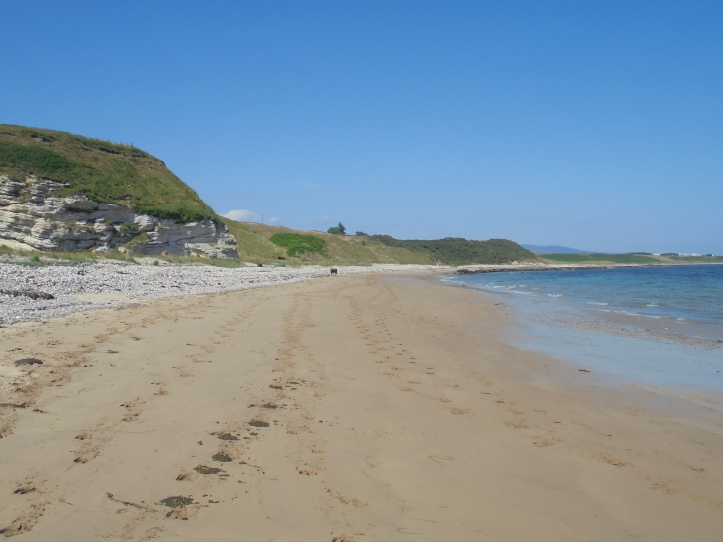