Todays walk was one that I was dreading as the whole walk was on the road as there were no other options to get to New Lanark. It is one of those days where it is all about covering off km’s as I wasn’t expecting anything to see walking along the road and it was all about the destination.

On the way into Lanark, a man stopped his car on the side of the road and came over to give me a Fluro vest to wear. It was another amazing gesture from a random person along my walk. I didn’t accept the vest and thanked the man but told him that I was at the end of my road walking and was just about to join the footpath into New Lanark. The man was from Northern Ireland and asked what I was doing and if I had ever visited Northern Ireland. I said I had about 15 years ago and he kept saying that I should go back again as it had changed so much since I previously visited.

On the way into Lanark, I passed quite a few Lady-in-Waiting displays outside houses. It was to do with the Lanimer week that was happening in town. Below is an example of the effort that some of the people have gone to.

I was staying in New Lanark which is a village on the Clyde River and was founded in 1786 with construction of cotton mills and housing for mill workers. All building in the village have been restored and my hotel was in part of the old mill 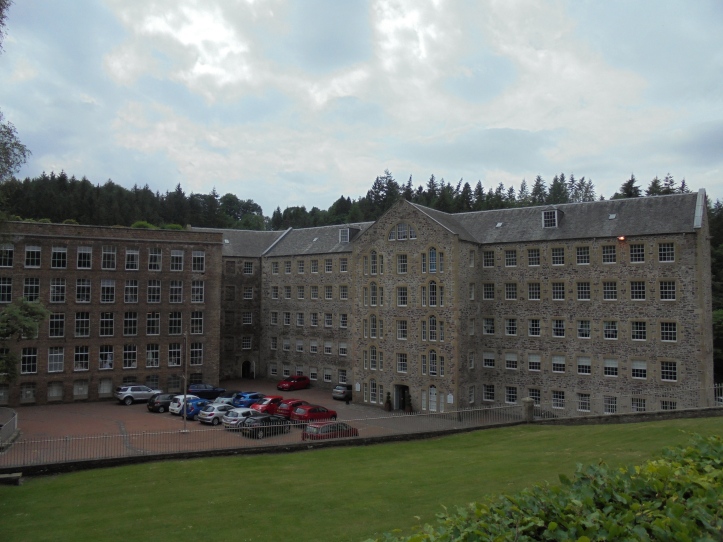 This is the view from my hotel room window. As you can see I am managing to survive roughing it on this trip. 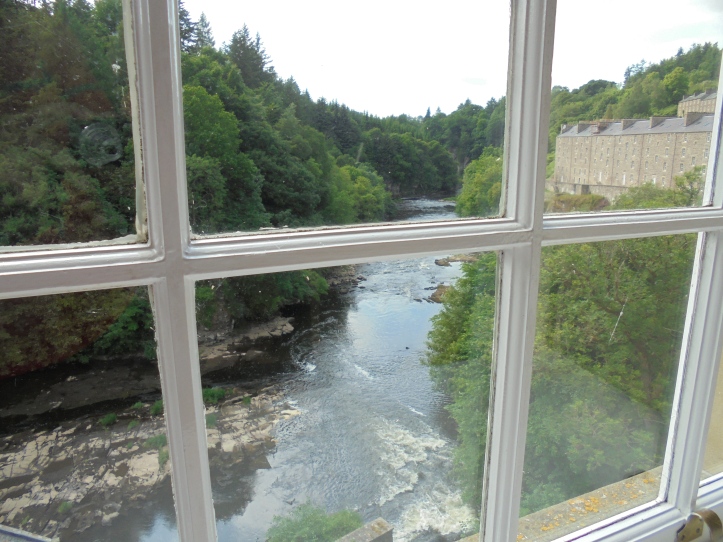 I walked up the Clyde river to see the Clyde Falls however due to the lack of rainfall in the last couple of the months, they were more of a dribble than falls.

After walking the falls, I spent time walking around and exploring New Lanark. 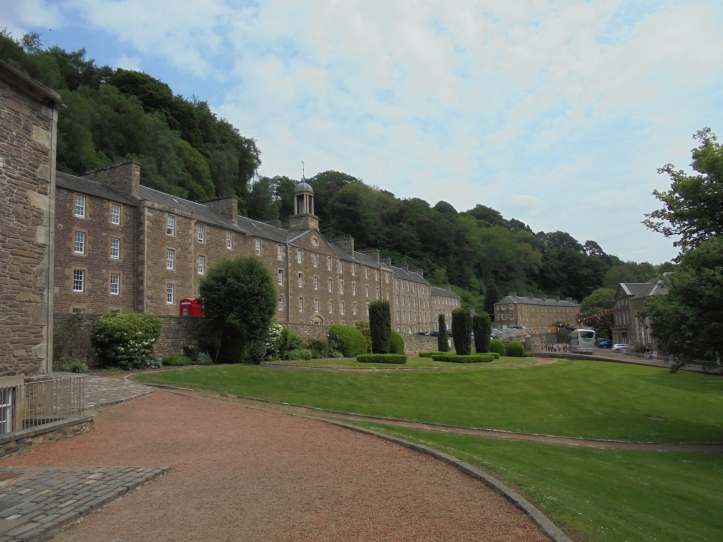 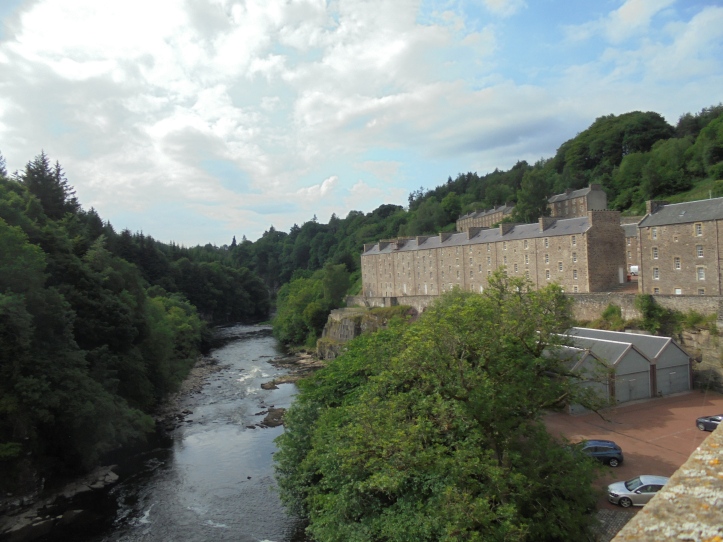 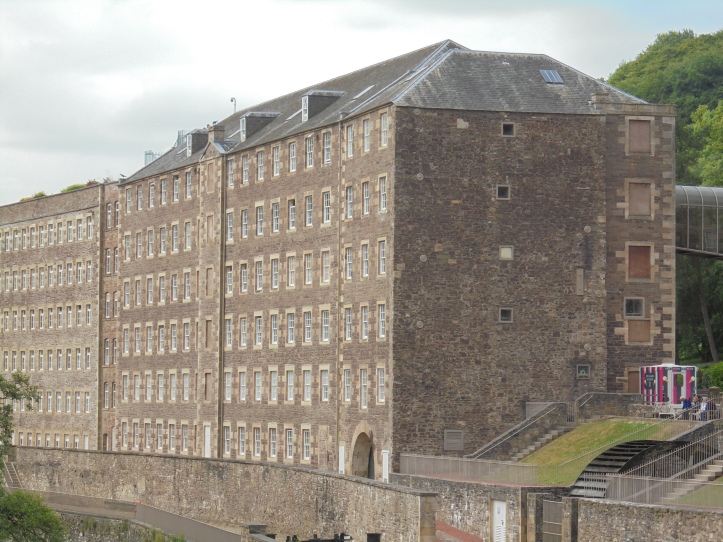 For a little excitement, a fire alarm went off in the hotel later that afternoon and we all had to evacuate and wait in the car park for the fire department to come from Lanark (2 km’s away). From the reaction of staff, I got the feeling that this has happened quite a few times before.